Probably all American have branches in their tree which dead end in the US. How do you determine what their origins might have been when you can't find the immigrant ancestor for that line? There's a few things that will give you clues.

One of them is DNA. Of course, a DNA test won't tell you "this branch came from here" and I wouldn't recommend getting a test done just for this purpose but an autosomal DNA test will help you determine your ethnic makeup. It's important to keep in mind though that it's possible to have an ancestor you happened to not inherit any DNA from, especially the more distantly you are related. But sometimes, you might come across an unexpected ethnicity, or perhaps have a higher percentage of something than expected. This could give you an idea of what those unknown branches could be. For example, my British heritage came back with a higher percentage than expected so I'm wondering if maybe a number of my unknown branches are of British origin. Of course, we need something more to go on than this but it's something to consider if you have already done a DNA test. 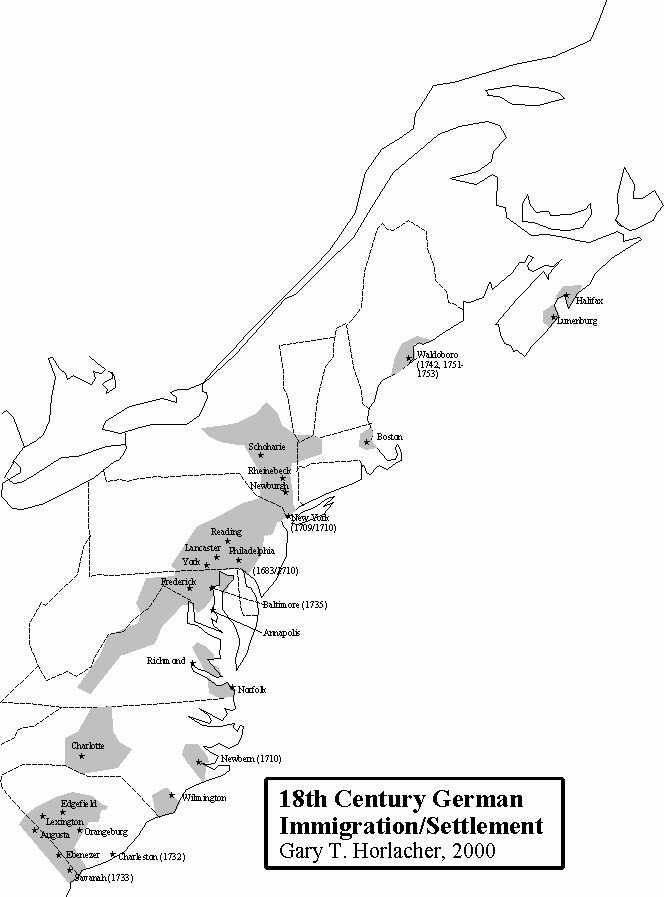 Another thing that will help you determine the origins of a branch is where they lived in the US and when. Almost all the branches of unknown origin in my tree dated within the US to at least the early 19th century, which means I'm looking for their immigrant ancestors from probably the 18th or maybe even 17th century. That pre-dates the Scandinavian immigration period of the mid 19th century to the Midwest, as well as the Italian wave of immigration in the 19th and 20th centuries, so that rules them out despite them being a part of my DNA makeup (I already have these documented in my tree but now I know I have no others). Plus most of my branches with unknown origins were from Pennsylvania and 18th century Pennsylvania was mostly English or Welsh Quakers and Germans or Swiss Germans, with smaller portions of Scots-Irish and Dutch. Again, this is looking good for British. Additionally, sometimes more specific locations, especially early settlements, can give you an idea of the origins of the community. For example, in early Franconia Township, Montgomery County, PA the community was almost entirely of German or Swiss German origin so I know all my ancestors there were likely German. This is why it's so important to learn about the history of the locations in your tree and about immigration and migration patterns.

Similarly, sometimes an ancestor's church or burial place can be a dead giveaway of their origins. Mennonites were normally German or Swiss German, Quakers were English or sometimes Welsh, although in early PA, these two groups were known to convert to one or the other. Presbyterian was often British but it was not unusual for German Reformed churches to become Presbyterian later so it's important to learn what the church's denomination was at the time your ancestors attended. Something like a "First German Church" is a dead giveaway.

You can also get an idea of their origins by their surnames, using tools like Ancestry.com's Name Meaning Look Up. Of course, names could be subject to change but in combination with the above knowledge, it may help narrow down the options. And sometimes, names which weren't anglicized can be a dead giveaway. I have a few names in my tree which are clearly German, even though I haven't found the immigrant ancestor yet, I know that branch is German. Likewise with a few Scottish names. Sometimes, even a first name can be the indicator. I have a "Willem" in my tree which is the Dutch spelling of William so they must be Dutch even if I haven't found their immigrant ancestor yet.

Lastly, you may also be able to get an idea of their origins by looking at the families they married into. While it was not unusual for people of early, small communities to be forced to marry outside their faith or culture, it was more common for people to marry within their faith and culture so who they married might be a good indicator of their cultural background, especially when comparing who their siblings married too.

Combine all of this together and with some branches, you may be able to say with reasonable certainty where they probably originated from. Here's a quick checklist:


Discuss this further at GeneaBoards.
Posted by History Chick at 3:34 PM No comments:

If that doesn't make any sense, this article from The Genetic Genealogist, complete with charts, probably explains it a lot better. Being a very visual person myself, the charts made it much easier for me to understand the sources of DNA in the X chromosome.
Posted by History Chick at 2:33 PM No comments:

It's finally here! Pennsylvania Death Certificates from 1906 to 1924 are now available on Ancestry.com. Actually, they became available on April 17th but I was on vacation so I'm only just now getting around to searching the collection. They are adding to the collection in batches so the later years, I think up to about 1962, will be added later in the year.

I stayed up late last night searching the records and one thing I noticed is that the scans of the documents are much better quality and easier to read than the photocopies I had previously ordered. I can finally confirm that one of my ancestor's mother's name was Kate or Catherine, which was illegible on the photocopy.

What have you discovered from this new collection so far?
Posted by History Chick at 8:45 AM 3 comments:

I've started a new genealogy forum called GeneaBoards because there isn't really one with a good interface/layout and good moderation. Ideally, I want every regional section to have a pretty comprehensive resources list, so people researching in different areas know where to look for local (or national and even international) sources. I am slowly compiling PA resources right now. I'd really appreciate people joining and contributing to the resources list, since I don't have a huge amount of knowledge of resources outside Pennsylvania and a few other select areas.

I still feel like I have only just scratched the surface of the potential of DNA analysis for genealogy purposes. Thanks to GEDmatch, a free, third party DNA analysis company, I have some other perspectives on my ethnicity admixture. Previously, I shared my results from Ancestry.com, which basically said I'm mostly British and Italian, with some German and Norwegian. GEDmatch provides a variety of admixture proportions which show some differing results (below) that I'm still trying to understand. Despite how overwhelming it is, I highly recommend GEDmatch. It's free, and it provides a wealth of tools that Ancestry.com doesn't.

In my previous post, I talked about how I had some trace results from West Asia (mostly Middle Eastern) and South Asia. I attributed the West Asia results as possibly associated with my Italian roots, since both are Mediterranean. The less than 1% South Asia (mostly India) results I didn't put much stock in because there is such thing as "noise" results which may not even mean anything. But the admixture proportions on GEDmatch are coming back with higher percentages of West or Southwest Asian or Middle Eastern. They are mostly under 15% but more than "trace" amounts which suggests something significant. I do have to keep in mind that it may just be different terminology or categorization being used, for example, the Dodecad Africa9 admixture says I'm 31.14% SW Asian but those results don't seem to have a category for Mediterranean results and therefore I have a feel all my Italian DNA is being lumped into that group. It does appear to be an admixture for African heritage, which I don't really have to my knowledge, but many of the other admixture results have high-ish proportions of West or Southwest Asia too. Anyone able to weigh in on this or anything else, please leave your comments below! Above should be a spreadsheet with all the results which you can browse or you can view them in another tab.
Posted by History Chick at 2:28 PM No comments: