I've already discussed in the past about the myth of "My family name was changed at Ellis Island", as well as the one about how most people in history married in their teens, but I thought it might be useful to go over some other common myths associated with genealogy as well. 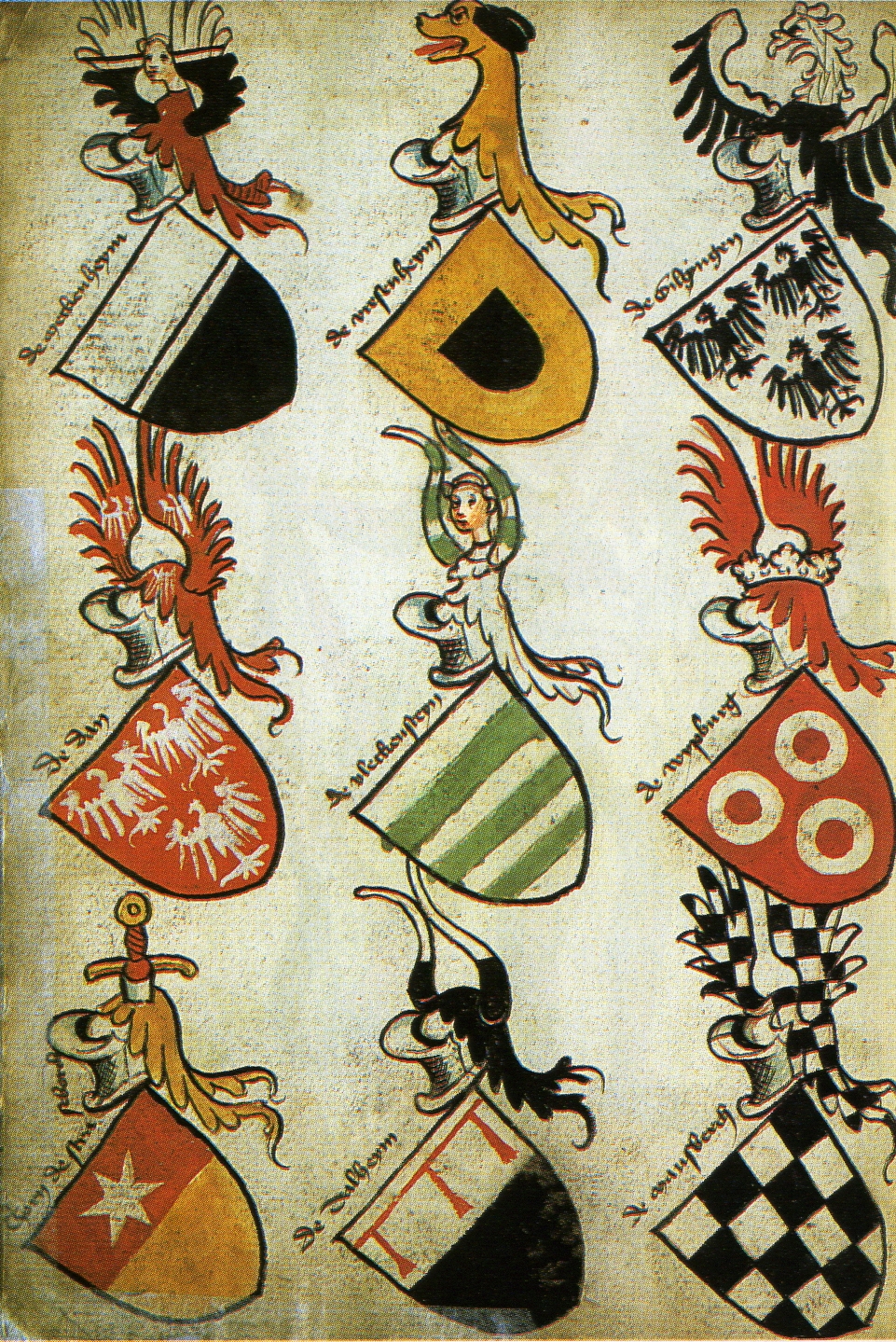 1. The Family Crest/Coat of Arms
I see many people adding family crests to ancestor's in their tree but the fact is, there is no such thing (sorry, Mom). A crest or coat of arms (technically two different things but I'll leave that one for now) is given to an individual by the Crown and only that individual or their descendants in the direct male line are entitled to use it. And since not everyone with the same family name is descended from that one person who was probably granted their coat of arms in medieval times or later, not everyone with the same family name is entitled to use the crest. Unless you've done the research and traced your direct lineage back to the person who was granted that specific crest, then it probably has nothing to do with your particular family. Of course, there's no crest/coat of arms police who are going to come after you to posting it to your tree, but to me, it's like attaching the wrong record to someone in my tree.

This is also the reason why you might find more than one crest for the same family name. If different individuals with the same name were granted a crest/coat of arms (and they might be a part of the same family, they might not), there will be more than one crest associated with that name. For my maiden name, there's at least six or seven different crests I could pick from, but I have no evidence my ancestors were associated with any of them.

The idea of everyone having a family crest was created during Victorian times to sell personalized letterheads with your family crest on them, and the practice continues to this day with companies selling all kinds of products branded with your personal family crest. People are so taken with this myth, I've even seen some who have had their so-called family crest tattooed on them. Let's hope they never read this, huh?

Wikipedia addresses this with the following:


The origins of the word Dutch, a borrowing from Middle Dutch, ultimately go back to Proto-Germanic, the ancestor of all Germanic languages, *þeudiskaz (meaning "popular/vernacular", as opposed to Latin); akin to Old Dutch dietsc, Old High German diutsch, Old English þeodisc, all meaning "(of) the common (Germanic) people". As the tribes among the Germanic peoples began to differentiate, its meaning began to change. On the continent *þeudiskaz evolved into two ways: Diets (meaning "Dutch (people)" (archaic/poetic)[3] and Deutsch (German, meaning "German (people)"). At first the English language used (the contemporary form of) Dutch to refer to any or all of the Germanic speakers on the European mainland (e.g., the Dutch, the Frisians and the various Germans). Gradually its meaning shifted to the Germanic people they had most contact with, both because of their geographical proximity, but also because of the rivalry in trade and overseas territories: the modern Dutch of the Netherlands.

The word Dutch is also sometimes interpreted as a corruption of the Pennsylvania Dutch endonym Deitsch, which is itself a local variant of the modern German endonym Deutsch, meaning German. This folk etymology is however not supported by the historical record.

And cites it's sources as the following:

Fogleman, Aaron Spencer (1996). Hopeful Journeys: German Immigration, Settlement, and Political Culture in Colonial America, 1717-1775. Philadelphia, PA: University of Pennsylvania Press. p. 197. ISBN 978-0812215489. "The term "Dutch," often considered a corruption of "Deutsch", which means German, was actually not a corruption at all. It was a legitimate, well-known term used by the English in the early modern period to describe the people who lived along the Rhine. The "Low Dutch" came from the area of the present Netherlands, while the "High Dutch" came from the area of the middle and upper Rhine."

3. I have a royal/Native American ancestor.
It's not impossible, some people can legitimately trace links to such claims. And there is something to be said about pedigree collapse and the idea that all European descendants are descended from Charlemagne. But when it comes to genealogy, we're talking about traceable ancestors here, and we need reliable documents to prove descent from a particular member of the royal family or Native American. There are many bogus tree links into royal families out there, as well as many false stories about Native American ancestors. Even going back to colonial times, genealogy was riddled with fake claims to royalty, especially in the south, as detailed in Family Life in 17th- and 18th-Century America (Family Life through History) by James M. Volo, Dorothy Denneen Volo:


To maintain the integrity of the family structure, the female relatives would gather to trace the family tree from long before the rise of the Stuart kings. Intermarriage between second and third cousins was promoted to strengthen the connections within the extended family. Nowhere else in colonial American was the status of an extended family of cousins more closely followed or revered.

Yet few in the southern master's social class actually had aristocratic roots, and for some of the gentry, the need to maintain a large body of servants was greatly intensified by the lack of blood ties to some genuine form of royalty. Planters with an English heritage might claim their descent from the Cavaliers of the English Civil Wars of the 1640s. No mere followers of the Stuart kings, their planter ancestry might be derived from dukes, earls, knights, and loyal squires who had ridden at Nasby. This claim helped the planters to define themselves in historically acceptable terms. There were enough southern families with legitimate family trees of this sort-the Lees, the Fairfaxes, and the Randolphs, for instance-to maintain the "truth" of the wider fiction.

4. I possess this old photograph of my x-times great grandparent, therefore I own it and anyone who attaches a copy of it to their tree is "stealing" from me.
Unfortunately, possession is not always nine tens of the law. The truth is that unless either you or one of your ancestors who died less than 70 years ago took the photo, it is not yours. The copyrights of photographs are retained by the photographer for the duration of their life and for 70 years after their death. Upon their death, the copyright ownership is transferred to either their next of kin or whoever they might name in their will (and so on to the next generation if necessary). So unless it was a family snapshot that grandpa took of mommy (or your ancestor also happened to be a professional photographer), you probably don't own the copyright and if it's been less than 70 years since the death of the photographer who did take it, you may actually be the one breaking copyright laws. If it's be more than 70 years since the death of the photographer, the copyright has expired and the photo is actually in the public domain, so no one owns the copyright.

In the genealogy world, it's unlikely the descendant of the photographer would come after you for posting a photograph taken by their ancestor. They would have to know that this particular photo of your ancestor was taken by their ancestor who died less than 70 years ago, and be able to prove it in court. However, it is technically possible and more importantly, ethically, if one is going to get on a high horse about other people "stealing" photos from them, one better be absolutely sure they are not accidentally breaking copyright laws themselves first!

More info at The Legal Genealogist.
Posted by History Chick at 3:01 PM